Orange Apatite is a vibrant and eye-catching gemstone that is prized for its beautiful orange color. It is a member of the apatite mineral group, which also includes yellow, blue, and green varieties. Orange Apatite is thought to have a number of healing and energizing properties and is often used in jewelry, decorative objects, and spiritual practices. In this article, we will explore the meanings, properties, and powers of Orange Apatite, including its history and cultural associations, its physical and chemical characteristics, and its use in healing and energy work. We will also discuss how to use Orange Apatite in jewelry and decor, and offer some final thoughts on the versatility and power of this beautiful gemstone.

What is Orange Apatite?

Orange Apatite is a mineral species belonging to the apatite group, which also includes yellow, blue, and green varieties. It is typically found in shades of orange, yellow, or red, and is known for its vibrant and eye-catching color. Orange Apatite is a fairly hard mineral, with a Mohs hardness of 5, and it can be found in a variety of geological settings, including sedimentary and metamorphic rocks. It is often found in combination with other minerals, such as calcite and quartz. In addition to its use as a gemstone, Orange Apatite is also used industrially as a source of phosphorous, which is an essential element for plant growth.

History and origins of Orange Apatite

The mineral species of Orange Apatite has been known to humans for centuries, but it was not until the 19th century that it began to be used as a gemstone. The name “apatite” is derived from the Greek word “apate,” which means “deception,” because the mineral was often mistaken for other, more valuable gemstones such as beryl and peridot.

Orange Apatite has not traditionally been a particularly popular gemstone, but it has gained some popularity in recent years due to its unique and striking color. It is still considered a relatively rare and unusual gemstone and is prized by collectors and those interested in spiritual and healing practices.

Meanings and Symbolism of Orange Apatite

Orange Apatite is associated with a number of different meanings and symbols, depending on the cultural or spiritual context in which it is used. Some common associations and symbolism of Orange Apatite include:

Orange Apatite has different meanings and symbols in different cultures and traditions. In some cultures, it is seen as a stone of abundance and prosperity, while in others it is associated with spiritual growth and enlightenment. It is also sometimes used as a talisman or amulet to protect against negative energies or bring good luck.

In ancient Greece, Orange Apatite was believed to be a stone of prophecy and divination and was often used in the making of oracles.

In traditional Hinduism, Orange Apatite is associated with the solar plexus chakra, which is the center of personal power and will. It is believed to help people tap into their inner strength and assert their own desires.

In traditional Chinese medicine, Orange Apatite is thought to be a stone of the spleen and pancreas and is used to help balance and regulate the digestive system.

In some Native American traditions, Orange Apatite is seen as a stone of abundance and prosperity and is used to attract wealth and good fortune.

In New Age and spiritual communities, Orange Apatite is often used as a stone of spiritual growth and enlightenment and is believed to help people connect with their higher selves and access higher states of consciousness.

Orange Apatite is a mineral species belonging to the apatite group, which includes a variety of phosphate minerals. It has a hexagonal crystal structure and is typically found in shades of orange, yellow, or red. Some of the physical and chemical properties of Orange Apatite include:

Composition: Orange Apatite is a calcium phosphate mineral, with the chemical formula Ca5(PO4)3(OH, F, Cl). It can contain varying amounts of hydroxyl, fluoride, and chlorine ions, which can give rise to different colors and properties.

Hardness: Orange Apatite has a Mohs hardness of 5, which makes it relatively hard and durable. This makes it suitable for use in jewelry and decorative objects.

Color: Orange Apatite is known for its vibrant and striking orange color, which is caused by the presence of hydroxyl ions in the mineral. It can also be found in shades of yellow, red, and brown.

Luster: Orange Apatite has a vitreous or glassy luster, which gives it a shiny and reflective appearance.

How Orange Apatite is used in healing and energy work

Chakra balancing: Orange Apatite is associated with the solar plexus chakra, which is the center of personal power and will. It is believed to help balance and align this chakra, which can help people tap into their inner strength and assert their own desires.

Energy boosting: Orange Apatite is said to be a stone of energy and vitality, and is believed to help people feel more energized and alive. It is often used to boost energy levels and help people overcome fatigue or lethargy.

Emotional healing: Orange Apatite is thought to be a soothing and calming stone, and is said to help people work through emotional issues and find inner peace. It is also believed to help people connect with their higher selves and access higher states of consciousness.

Physical healing: Orange Apatite is believed to have a number of physical healing properties, and is sometimes used to treat conditions such as arthritis, asthma, and allergies. It is also thought to help regulate the digestive system and improve metabolism.

Orange Apatite is often used in conjunction with other stones and techniques in energy work and healing practices. It is typically worn as a piece of jewelry, carried in a pocket or placed on the body, or placed in a room or environment to promote healing and positive energy.

How to Use Orange Apatite in Jewelry and Decor

Orange Apatite is a vibrant and eye-catching gemstone that can add a pop of color and energy to any piece of jewelry or home decor. Here are a few ideas for incorporating Orange Apatite into your jewelry and decor:

Orange Apatite can be set in a variety of jewelry items, including rings, pendants, earrings, and bracelets. It looks particularly striking when paired with silver or white gold, but can also be set in yellow gold or other metals.

Orange Apatite can be used as a focal point in a piece of jewelry, or as part of a larger gemstone arrangement. It can also be paired with other gemstones, such as diamonds or sapphires, to create a more dynamic and colorful effect.

Orange Apatite can be used to add a burst of color to home decor items, such as vases, candle holders, or figurines. It can also be incorporated into mosaics or tiled surfaces, such as backsplashes or countertops.

Orange Apatite can be used as a decorative element in spiritual or meditation spaces, such as altars or meditation rooms. It is believed to have energizing and uplifting properties and can help create a positive and peaceful atmosphere.

When using Orange Apatite in jewelry or decor, it is important to handle it carefully and store it properly to keep it in good condition. Orange Apatite is a relatively hard gemstone, but it can still be prone to chipping or scratching if not handled carefully. It is best to store Orange Apatite in a soft cloth or bag, away from other hard or sharp objects. It is also a good idea to have Orange Apatite items professionally cleaned and polished from time to time to keep them looking their best. 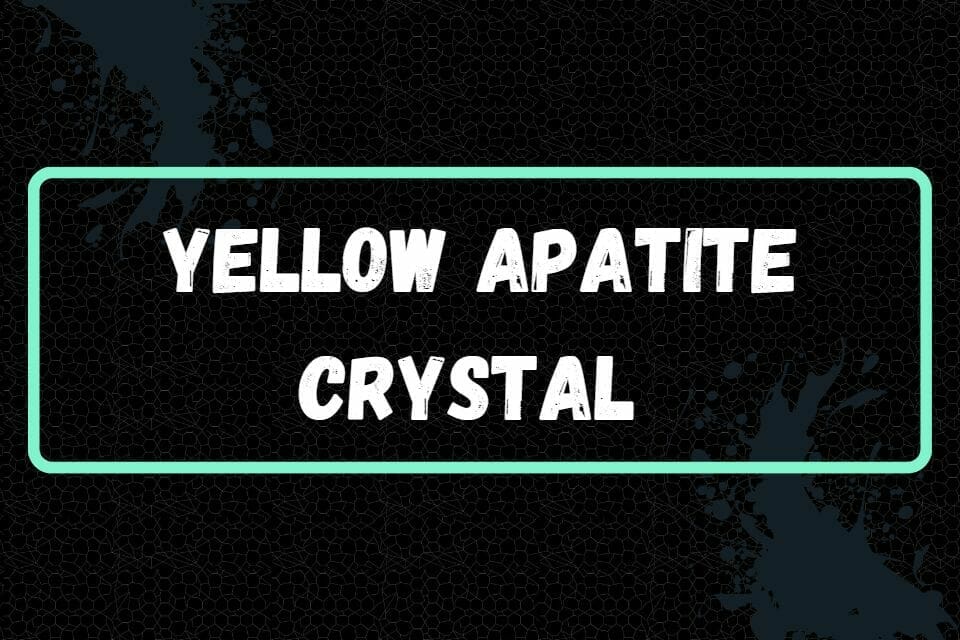